Rajinikanth and Akshay Kumar’s 2.0 release date finally fixed. Fans have been waiting for this moment for so long! The sci-fi drama was initially supposed to release in April 2018 but due to the Tamil Film Producers Association strike and delay in the completion of VFX of the film made it difficult for them to release it then. Finally, Lyca Productions has announced the 2.0 release date on 29th November 2018. (2.0 Movie Teaser)

This is surely great news. The first look launch, teasers and everything that Thalaiva did to promote the film has been extravagant. The actor has spent crores of money on the film and considering what a huge hit Enthiran was, we are really looking forward to this one. Akshay plays the antagonist in the film. 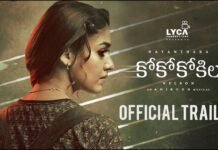