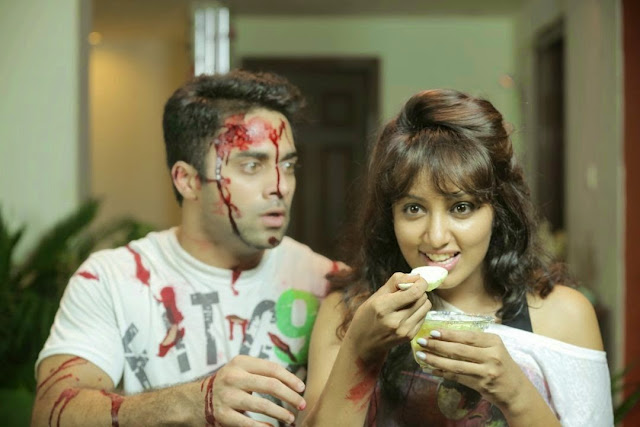 The Tollywood actor Navdeep Now, the rumours are churning in the rumour mill that the actor will be starring as a lead in a web series.  The web series has been decided to be aired by Yupp TV. Also, it is being said that the web series will be helmed by Shashank Yeleti and penned by Nandini Reddy.
A close source was quoted as saying, “The series will be aired in September. Navdeep had finished shooting his portions before he went to be a part of the reality show”. The untitled web series will also star Tejaswi Madivada in the lead role as well. The web series will be bankrolled by Swapna Dutt under bankrolled under the banner of Vyjayanthi Movies.
Earlier both Navdeep and Tejaswi Madivada have shared the screen space in Ram Gopal Varma’s Ice Cream. Now once again both teamed up for this web series which will be aired in September 2107.