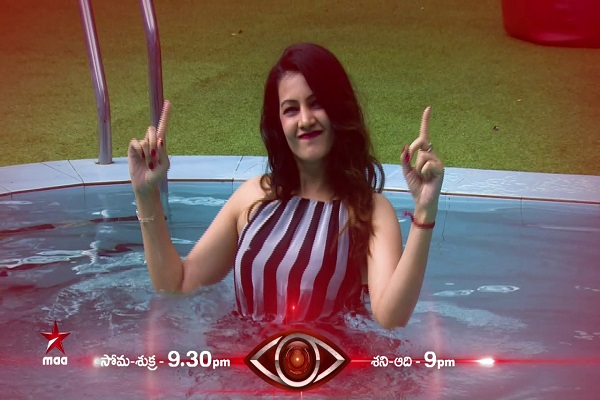 Actress Diksha Panth is prominently known for her works in the Telugu industry. She got her first break in the film ‘Gopala Gopala’ in 2015. And the actress has already created the huge buzz with her entry in Bigg Boss Telugu house and we are sure, some must have not liked seeing the wild card entry. But the men in the house will surely be happy to see the hot actress.
The Bigg Boss Telugu housemates are unaware of the surprise in the form of a wild card entry by Diksha Panth. Today’s episode will see the actress Diksha Panth make an entry into the Bigg Boss house, surprising the housemates.Check out her entry in the Bigg Boss house: