Though the Agnyaathavaasi music is different from Pawan’s style, they are grabbing the attention of the listeners instantly. The first song ‘Baitakochi Chuste time emo’ has received a huge positive response. Now, the team has released the lyrical video of the second song. The song goes on like ‘Gaali vaaluga o gulabi vali.. gayamainadi na gundeku thagili..’

Agnyaathavaasi is directed by Trivikram Srinivas. Keerthy Suresh and Anu Emmanuel are the female leads in the movie. Parag Tyagi, known for his role in the telly soap Pavithra Rishta, will make his Telugu debut as the villain of the piece. Apart from these stars, the movie will also have Aadhi Pinisetty, Sampath Raj, Boman Irani and Kushboo. Anirudh Ravichander will compose the music.

Song 1: DHAGA DHAGAMANTEY
SINGER: ANIRUDH
LYRICS: SRIMANI
The First Song starts off with a traditional flavored song DHAGA DHAGAMANTEY which is laden with Anirudh desi beat. There is a slight Devotional flavor in the lyrics and Vishal Dadlani, Anirudh Ravichander high pitch vocals infuse more energy into the song. Easily the best one on the album.

Song 2: BAITIKOCHI CHOOSTHE
SINGER: ANIRUDH RAVICHANDER
LYRICS: SRIMANI
The Second Song Baitikochi Chuste The music lovers are absolutely falling in love with Anirudh Ravichander’s tunes and melodious voice and Shree Mani’s refreshing lyrics in the song Baitikochi Chuste. What also strikes the most is Kamlakhar’s flute and the lyrical video motion design. Many fans could not stop raving about them.

Song 4: GALI VALUGA
SINGER: ANIRUDH RAVICHANDER
LYRICS; SIRIVENNELA SEETHARAMASHASTRY
Fourth Song has lyrics by Sirivennela Seetharama Shasthry. It is a lovely number that will take few listening to get used to. The time taking problem with it is due to singing by the composer Anirudh.

Song 5: AB EVARO NEE BABY
SINGER; NAKASH AZIZ, ARJUN CHANDY
LYRICS: SRIMANI.
Final Song netizens are commenting the song has all the abilities to stand as one of the best melodies in Tollywood. As there is nothing so impressive about the tune and lyrics, it will be Pawan Kalyan’s entertaining steps, if any, that are going to enhance this song. We have to wait and watch it on the big screen.

Final Verdict of Agnyaathavaasi Audio Review: Overall, the album reached to fans expectations, settles as best album in Pawan Kalyan Movies. Out of the five songs, BAITIKOCHI CHOOSTHE, SWAGATHAM KRISHNA are good compositions GALI VALUGA is decent and the rest are Average. Though the lyrics are adequate, because of fresh tunes, we categorize this album the best album in PSPK Career However, those mass numbers’ on-screen appeal for fans and Pawan Kalyan’s entertaining dance moves may move the album after the film’s release. 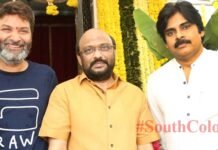 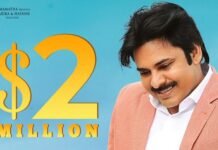 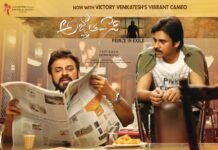 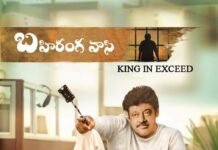 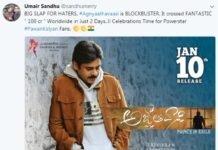