Amala Paul About Suchi Leaks: Before the drugs scandal, the entire Indian film industry is shocked by only one news and that is #SuchiLeaks. The Popular singer Suchitra Karthik Kumar has been constantly targeting the famous movie stars with her tweets by releasing the photos and videos of some actors.

Singer Suchitra’s husband Karthik further explained that Suchitra isn’t in a healthy condition now and her account was hacked. Some people have even gone to the extent of describing Suchitra as a psycho.

Now, the popular south actress Amala Paul came in support of Suchitra, while the entire film fraternity was against her. Amala Paul said that she and Suchitra are great friends and share a very cordial relationship.

Actress Amala Paul opined that someone with the bad intention to defame her and all others have done it. Replying to a question regarding her marriage she said that she is not thinking about her marriage as of now. 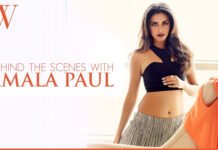 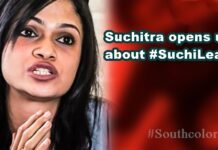