The film unit released the Aravinda Sametha Trailer a while ago and it is filled with grand visuals and intense performance from Jr NTR. The trailer offers hints of the story of Aravinda Sametha, who is touted to be a faction drama set in the Rayalaseema region. Veera Raghava Reddy (Jr NTR) tries to impress Aravindha (Pooja Hegde). How she sets him on a path to self-discovery and end the violence that has been going on in his family for generations. The movie is about the inner struggle of a man who is torn between violence and grace.

This is the first time when the powerful combo of Jr NTR and Trivikram Srinivas are working together. Touted to be a high voltage action thriller, Pooja Hegde is on the board to play the love interest of Jr NTR whereas Eesha Rebba will be seen playing the role of Pooja Hegde’s sister. The shoot of Jr NTR starrer Aravinda Sametha is almost completed. As the release date is approaching, Trivikram Srinivas is looking after the post-production works as well. The film unit seems to be pretty confident about completing the entire work on time.

Directed by Trivikram Srinivas and produced by S. Radha Krishna on Haarika & Hassine Creations banner. Jr NTR will be seen playing the role of Veera Raghava Reddy. Jagapathi Babu, Naga Babu, Rao Ramesh, Supriya Pathak, Sithara, Ravi Prakash, Naveen Chandra and others are playing the supporting roles in Aravinda Sametha, which is scheduled to hit the theaters on 11th October. 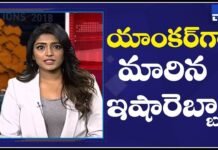 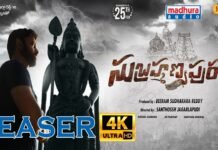