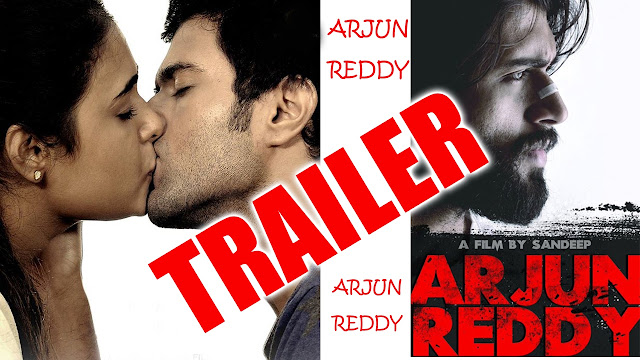 Arjun Reddy Movie Theatrical Trailer: The Movie lovers are eagerly looking forward to his upcoming romantic flick, ‘Arjun Reddy’, where he will be seen as a young heartthrob. Entire Telugu film industry is abuzz with its sizzling and intense teaser. Amid much expectations, the film is slated for a grand release on August 25.

According to the latest update, Natural star Nani going to launch Arjun Reddy trailer today, i.e. on 5th August, at 5:30 pm at the event that will take place at Park Hyatt. Everyone is eagerly waiting to see the Arjun Reddy Movie Trailer.
The Movie is Directed by Sandeep Vanga, it’s an emotional love story set against the backdrop of a medical college.Vijay Devarakinda plays a medical student with temper issues in the movie which also marks Tollywood debut of Shalini Pandey who plays the female lead role.

The Arjun Reddy film is produced by Bhadrakali Pictures and is shot in exotic locations in Italy and Germany and back home at Mangalore, Hyderabad, Mussoorie, Rishikesh, and Dehradun.