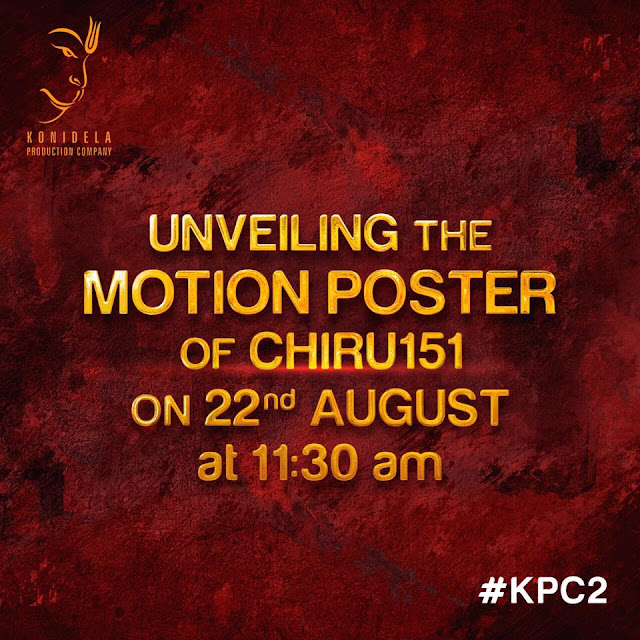 Chiru 151 Movie Motion Poster: The Megastar  Chiranjeevi who made strong comeback in Telugu Film Industry with Khaidi No 150 earlier this year, is set to play  a freedom fighter in Uyyalawada Narasimha Reddy. Chiru’s 151st film, Uyyalawada Narasimha Reddy, based on the life of well-known freedom fighter, has been launched today with formal pooja ceremony.
According to the latest update, the motion poster of the film will be unveiled on 22nd August at 11:30 am, on the occasion of Megastar Chiranjeevi’s 61st birthday.The Film is directed by Surender Reddy, ‘Uyyalawada Narasimha Reddy’ will be produced by Ram Charan Under Konidela Production Company. In June, Chiru’s look for the film went viral will be seen sporting a twirled mustache and Actress Nayantara is most likely to play the female lead.