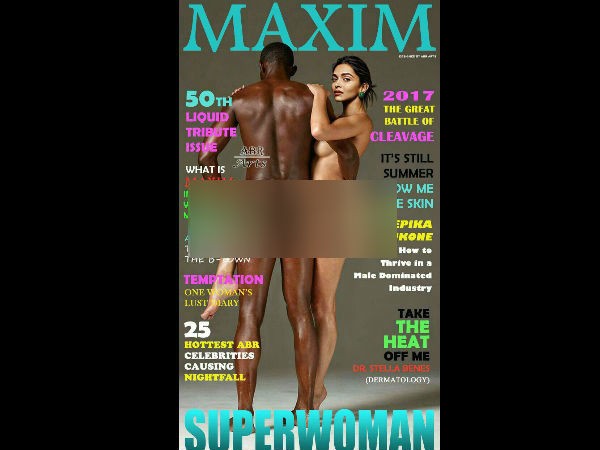 Deepika Padukone Fake Morphed Image: The Maxim magazine is known to feature film industry’s most popular faces in the raunchiest avatar. And according to an image circulating on Whatsapp, Deepika Padukone is the latest cover girl. The supposed cover that is going viral on the social media platform features the actress nak*d on the cover.
Be it on Twitter, trolls, memes or even body shame and photoshops, our Bollywood actors have time and again faced it and even after so much said and done, they still continue to face so. A similar case has happened with Deepika Padukone, yet again.
Hiding her modesty with the help of a male model, the Padmavati actress is wrapped around the man. Revealing her curvy bosoms for the camera, the actress seems to be flaunting her bare b**ty and long toned legs while she hugs the model.
It appears that the cover shoot is done to support an article titled: “Deepika Padukone, how to thrive in a male-dominated industry”. The other articles read international wardrobe malfunction and The Great Battle of Cleavage, among others. 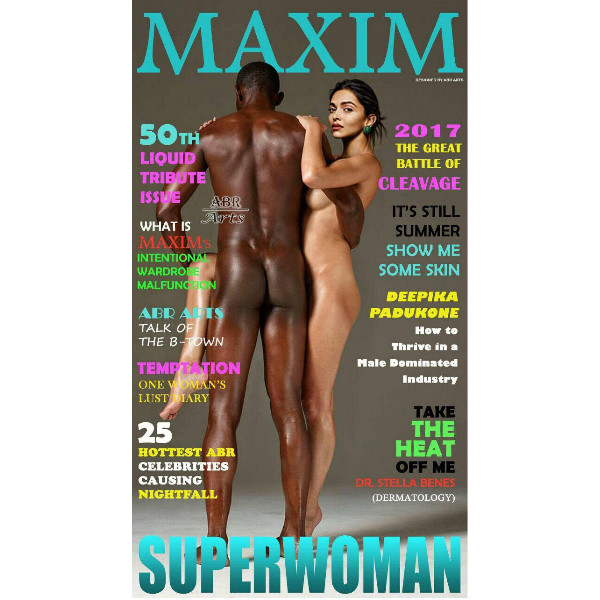 Though the cover picture looks convincing, it is reportedly fake. While it is Deepika Padukone’s face, the body is not hers. The designer has merely photoshopped the actress’s face on the topless body and made up a bogus cover.
Share