The much-awaited grand finale of Dhee 10 Grand Finale Episode was telecast on ETV Telugu on Wednesday and Raju, who emerged as the winner of hit dance reality show, has been flooded with a congratulatory message. Dhee has been probably the most popular Telugu dance reality TV show and the proof for its fame is that it has successfully completed its season 10, which went on air on 26 July 2017.

This show is a platform for talented artists to showcase their dancing skills. Anne Master, Shekar Master, and actress Priyamani were the judges, Pradeep Machiraju hosted this season. Sudheer, Rashmi Gautam, Varshini Sounderajan were the team leaders. Four contestants entered the finale of Dhee 10 and the last battle took place Raju and Pradeep. Raju, who was mentored Master Chitti, had the last laugh and received the winner’s trophy and a cash prize of Rs 75 lakh from chief guest Junior NTR.

Raju has been the most favourite contestant since the beginning of Dhee 10. He went on strengthening his fanbase with his hair-raising performances every week. Many viewers predicted that he would be the winner. When he really won the title, many audiences took to Twitter to congratulate him.

Dhee 10 winner Raju got a warm reception from friends and family members when he reached home with the trophy. Watch the celebrations of his victory here: 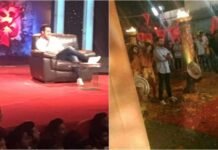 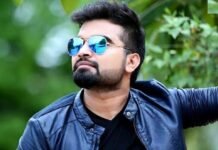 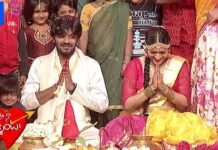 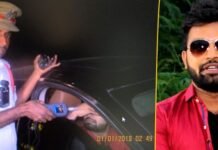