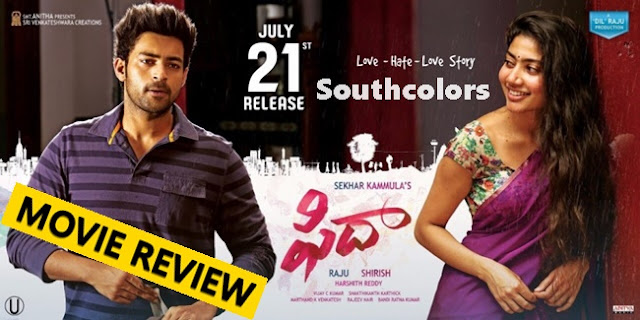 Fidaa Movie with the tagline Love-Hate-Love-Story, is a romantic entertainer film and director Sekhar Kammula has written the story, screenplay and dialogues for the movie, which has a runtime of 2 hours 14 minutes. The Fidaa movie has received a U certificate from the censor award and it is set to be a grand treat for the family audience.

Varun (Varun Tej) is an NRI and is a medical practitioner in the US. He comes to India to arrange his older brother’s marriage. While his brother gets an alliance, he falls in love with a Telangana girl Bhanumathi (Sai Pallavi), the sister of the bride. What happens next forms the crux of the Fidaa story.

Finally shekarkammula is back with a beautiful love story.Though the stoey was routine..scenes between varuntej and sai pallavi will make audience involve in this movie..first half is too good . Secondhalf & climax are pretty much predictable,fantastic work from music director. #Fidaa Youthful Entertainer with a Perfect Love Hate love story.

Final Verdict: Overall Fidaa is A feel good Youthful Entertainer. The lead pair’s chemistry and excellent music makes it a worth to watch.