The second part of the film is titled as ‘Baahubali: The Conclusion’ The poster released by SS.Rajamouli features Prabhas and Anushka Shetty. It is the pairing of Amarendra Baahubali with Devasena which makes it more special. Amarendra Baahubali is giving training to Devasena in Archery and it was beautifully captured.
Baahubali The Conclusion is being dubbed in Tamil, Malayalam, and Hindi and released with the original version on the same date. Rajamouli also unveiled the other three versions of the photos of Prabhas and Anushka Shetty on his Twitter account. Here are all the pictures released on the Twitter accounts of the director and Baahubali. 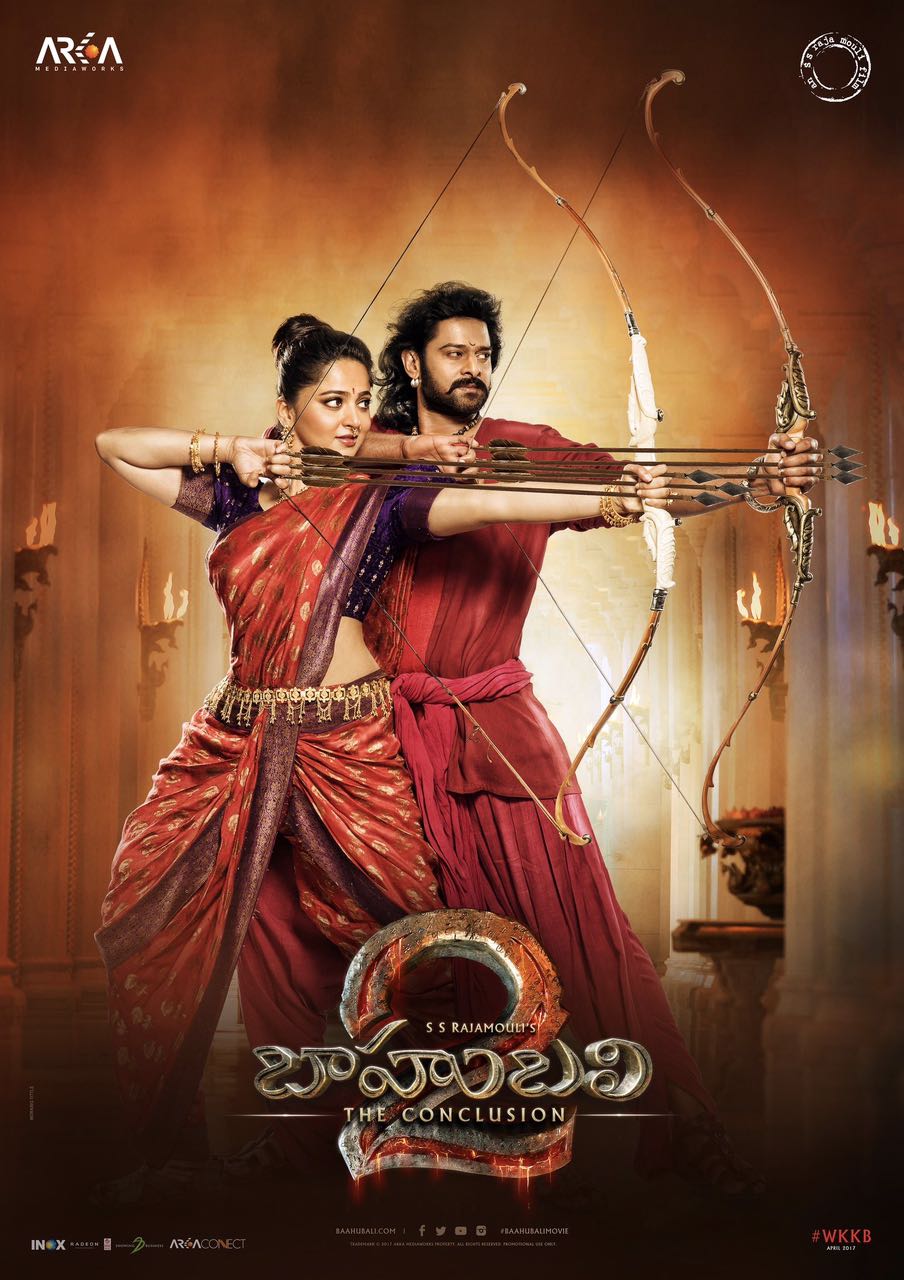 Baahubali: The Conclusion is an epic film, which is directed by SS Rajamouli and produced by Shobu Yarlagadda and Prasad Devineni under the banner Arka Media Works. As of August 2015, 40 percent of the filming was completed.The shooting for the remaining sequences began on December 17, 2015, in Ramoji Film City, Hyderabad, and the director confirmed that shooting has completed on January 6, 2017.Stay tuned more updates: Southcolors.