The Bollywood actress Jacqueline Fernandez Awarded PETA India’s Digital Activism Award 2018 has been given the People for the Ethical Treatment of Animals (PETA) India’s Digital Activism Award in the lead-up to National Technology Day, which falls on May 11. Her online actions for animals include using social media to ask her fans to support the #FreeGajraj campaign, an effort that helped free an elephant used by a temple. The elephant had been kept in chains for over 50 years.

Actress Jacqueline Fernandez’s work for the group includes writing a letter to the Municipal Commissioner of Mumbai asking him to bring relief to the horses used for joyrides in the city. She appeared in a print campaign urging the public to avoid horse-drawn carriages and even met the Mayor of Mumbai to discuss the suffering of these horses. 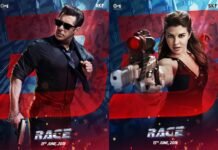