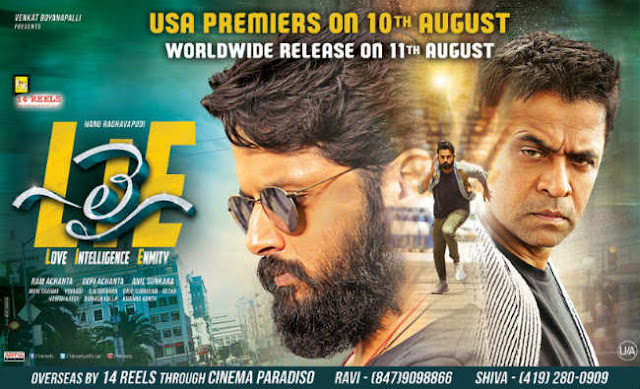 LIE Movie Censor Completed: Hero Nithiin’s ‘LIE’ is the most awaited movie now. The theatrical trailer has set the bar high and the expectations have gone up to a whole new level. The action-packed trailer promises that the film is a complete package with good action, romance, comedy, and thrill.
The Lie film has undergone censor scrutiny and has been certified ‘U/A’. With this, the film is all set for a global release on 11th August and the USA premieres are confirmed on 10th August.#LIE is set to release in a big number of screens there. Cineparadiso, the leading South Indian film distribution company in the USA, is bringing the film to USA and Canada markets.
LIE Movie Featuring Nithin and Megha Akash are in the lead roles. Music composed by Mani Sharma, the story is directed by Hanu Raghavapudi.
The Film is produced by Ram Achanta, Venkat Boyanapalli under the banner of 14 Reels Entertainment & Venkat Boyanapalli. Music Composed by Mani Sharma and The #LIE Movie is Releasing on 11th August 2017.