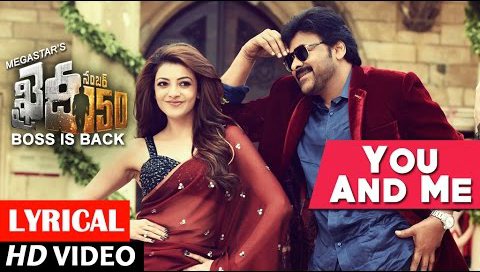 Khaidi No 150 Songs: After facing ‘Ammadu let’s do Kummudu‘ and “Sundari” songs now the third song from Chiranjeevi’s maiden 150th movie ‘Khaidi No. 150’, the makers have released the third single from the the DSP scored album – ‘You and Me‘. Sung by Hariharan and Shreya Ghoshal, the lyrics have been provided by Srimani. This song comes as a relief for the fans who have been waiting for a decent track from the much-hyped album. A pre-release event of the film will be held on the 4th of January, 2017 and the movie is slated for a grand release during Sankranthi 2017. You can hear the song here!