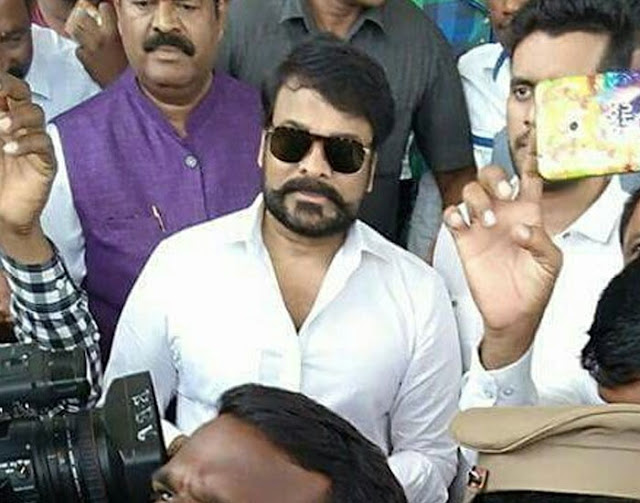 Megastar Chiranjeevi New Look: Megastar Chiranjeevi has been spotted sporting a news stylish look and his fans believe this look is for his upcoming Telugu film Uyyalawada Narasimha Reddy, based on the life of popular freedom fighter from Kurnool.
The latest pic of Megastar Chiranjeevi has gone viral on the  Social media and received overwhelmed response from the movie lovers and Mega fans. It seems that pic is taken by Chiru’s fan recently, who uploaded it on micro blogging page. The megastar was spotted in new makeover with his mustaches and beard. His stylish look with goggles is grabbing the attention of everyone.
The To be directed by Surender Reddy and produced by Ram Charan on Konidela Production Company. According to the latest report, the upcoming biopic on Uyyalawada Narasimha Reddy will be launched on 15th August 2017 on the occasion of Independence Day. The official confirmation is awaited regarding it. Movie lovers are curious about the kind of makeover Chiranjeevi would undergo for this patriotic film.