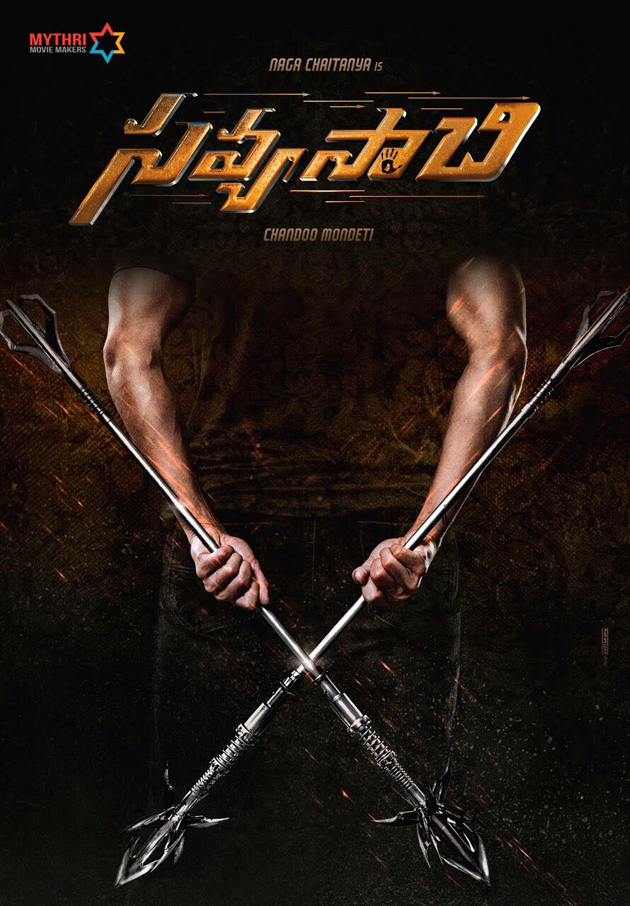 Savyasachi Movie First Look: The Chandoo Mondeti who is set to direct Akkineni Naga Chaitanya once again. During the making of Premam, both director and actor duo discussed the project and decided to work together.The makers have chosen an intriguing title, Savyasachi, for this upcoming venture.The Savyasachi (literally means Ambidextrous) is another name for Arjun from the epic Mahabharata.

Actor Naga Chaitanya took to micro-blogging site Twitter to reveal the first look of the film by tweeting: “Excited to be back with Chandoo and @MythriOfficial supporting us .. my next is #Savyasachi .. shoot starts this September”.
‘Savyasachi’ is a person, who is capable of performing a particular job equally by both the hands. The first look poster has been unveiled that features Chaitu holding an arrow in both of his hands.
The makers are planning to bring a Bollywood actress on the board to play the female lead role. Mythri Movie Makers banner is bankrolling the project. More details about the film’s cast and crew will be announced soon.