October Movie First Look Poster: Varun Dhawan has unveiled the October first look poster which looks too dreamy. Varun Dhawan can be seen lazing around in a meadow, lost in this thoughts. October is Shoojit Sircar unique take on love that will make you wonder about the beautiful journey of life and relationships. For the longest of time fans were under the impression that Varun Dhawan October is a thriller. But the teaser has put to rest all the rumours.

In an interview earlier, Varun Dhawan said that October is an unusual romantic tale which explores the kind of love that comes without any expectations. Talking about working with Shoojit in October, he told BollywoodLife.com, “I went to Shoojit and told him to take me in a film, I told him ‘Please make a film with me.’ Three months went by and Shoojit and Juhi saw me in that character from October and that’s how it happened.

But the process of getting into October was very different from what I’ve done ever before. I had to be prepared to be spun around on my head because with the concepts in the film, if I was saying a dialogue like a dialogue, then it wouldn’t work. The dialogues had to be felt and delivered like they were my own words. Just understanding that was difficult!”

He added, “Shoojit wanted me to live the character and not just come and act it out. So no make up, for days no sleep, no phone and much more. There was a piece of music that he had given me, which I would listen to, get into that zone and reach the set. Every day, he would remove my make up and spoil my hair. No glycerine, I was just doing what was meant to be done.” 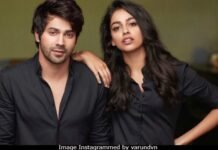 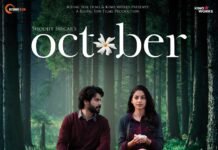