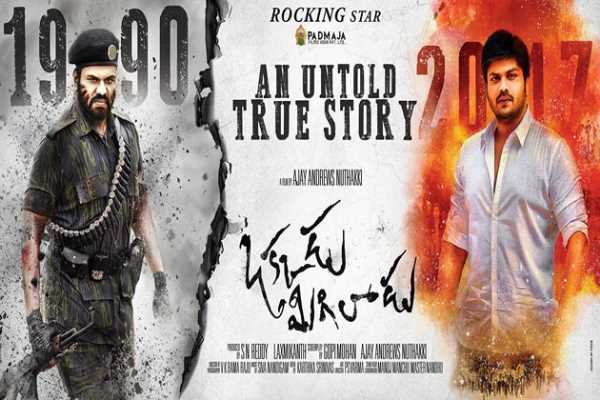 Manchu Manoj is currently busy shooting for his upcoming movie “Okkadu Migiladu.” The movie is based on the life story of Velupillai Prabhakaran, LTTE founder who fought for freedom to Tamil people in Srilanka.The teaser of the film is released recently and got a tremendously positive response. Manoj succeeded to impress the audience with his new look.

Not only in Telugu but the movie is also going to get released in Tamil as well with the title “Na Tirumbi Varuven (I will be back)”. Practically speaking, the movie will be connected to Tamil people more than Telugu people. As the story is about Tamilian’s fight against Srilanka, they will feel emotional and the result will be a hot cake for sure.
Manchu Manoj taking up this project when a story like that was not even filmed in Tamil is appreciable. Even the director Ajay Nuthakki is not a Tamilian but made his debut and got fame in Kollywood first. As he has a good fan following in Tamil and the story line is also about Tamilians, the movie is expected may be a super hit in Tamil.The movie will hit the screens on September 8th.