Home Entertainment P.V Sindhu’s JFW Covershoot Behind The Scene Video
JFW P.V Sindhu’s Cover shoot : The Badminton player P.V. Sindhu donned some of the most exotic dresses and the results are just too breathtaking for words. 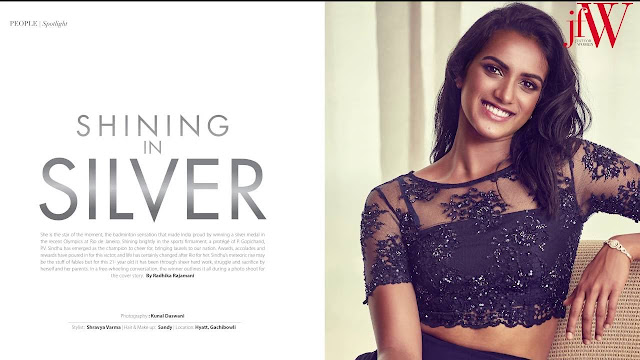 JFW P.V Sindhu Covershoot Behind The Scene Video: JFW (Just For Women) Magazine published its October 2016 issue Cover Shoot Video featuring PV Sindhu the Olympic Silver medalist.P.v Sindhu has created many records winning a silver medal. She was now one of the inspiration to all the shuttlers.P.v Sindhu was now on a JFW magazine cover page.The video of this photoshoot revealed.P.V Sindhu was sizzling with her looks and costumes. She was shining like a star. We Hope she will sin many more medals in the future.