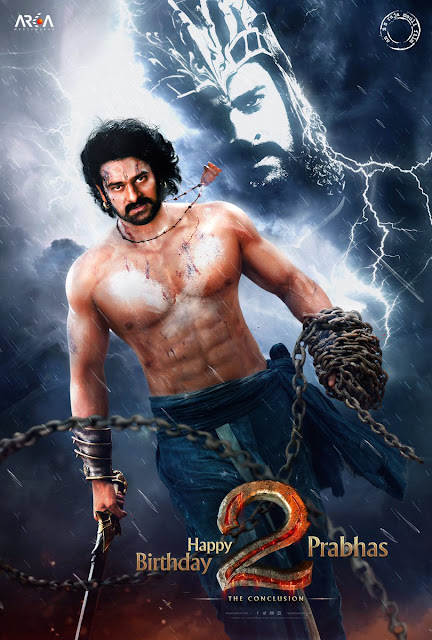 Prabhas First Look Poster in Baahubali 2: The Director by SS Rajamouli, the multilingual is the sequel of Baahubali: The Beginning 2015. The makers kept the fans excited with their tweets.The first look poster of long-awaited film Baahubali: The Conclusion, as it is popularly known, is finally out. The poster featuring Prabhas was unveiled at the Jio MAMI Film Festival in Mumbai on Saturday.
Mahendra Baahubali, Prabhas character, is seen sporting a chiseled body with one hand in chains and the other holding a sword. The Prabhas celebrates his birthday 2016 on Sunday and the Baahubali Team unveiled poster also wishes him a happy birthday.
Share