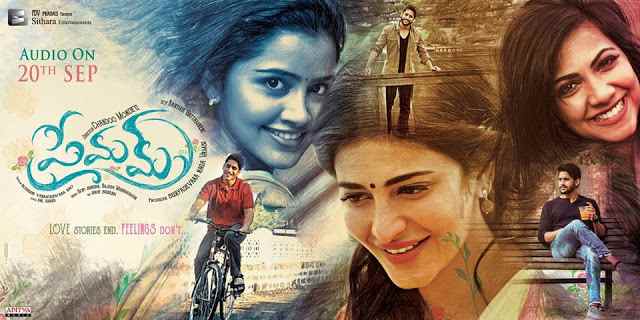 The Premam is an official remake of 2015’s super hit Malayalam movie of the same title. Rajesh Murugesan, who scored the music for the Malayalam film, has composed tunes for the songs of its Telugu version in association with Gopi Sundar. The musicians have reportedly copied the original tunes for the remake.Chandoo Mondeti has directed the Telugu remake of Premam, which has been produced by S Naga Vamsi under the banner Sithara Entertainments.

The Premam Telugu audio release is set to be a grand function with many celebs from the Tollywood film industry. The event, which will be telecast live on some Telugu TV channels, To be attend by all the cast and crew members of the premam team.