Puri Jagannadh Is A Fan of Balakrishna 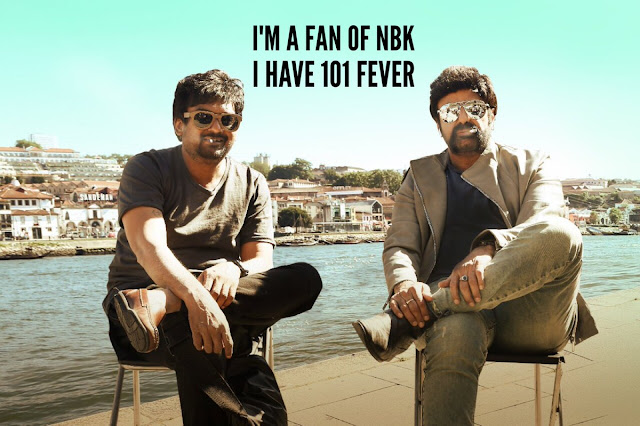 Director Puri Jagannadh, who is waiting for the release of upcoming gangster drama ‘Paisa Vasool’ which is scheduled to hit the theaters on 1st September, has become die hard fan of  Nandamuri Balakrishna. Currently, the entire team is busy in the promotional activities of the film.
Recently during the media interaction, Puri Jagannadh made a sensational comment on #NBK. He said, “I heard a lot about Balakrishna. But now, I realized what he is as a person. I regret not being able to work with him so far”.
Yesterday  Puri Jagannadh posted a photograph of himself with Balayya on Twitter account and the statement on the pic read, “’I’m A Fan Of NBK…I Have 101 Fever’.” Coming on the pic, both Puri Jagannadh and Balakrishna are seen sitting on their chairs in a similar manner, having the cigar in their mouths.
Paisa Vasool Movie starring Shriya Saran and Muskaan in the female lead where Kyra Dutt will sizzle in an item song. The movie,  produced by Bhavya Creations, is gearing up for audio launch on 17th August in Khammam.
Share