The visual proof has been put out amid trolls targeting Rahul Gandhi saying the claim of him being on the Kailash Mansarovar Yatra was “fake”. In the fresh pictures and videos being circulated on the social media, Gandhi can be seen clad in jeans, t-shirt, and jacket interacting with pilgrims and posing with them.

The Union Minister Giriraj Singh questioned one of the photos, claiming it was a “photoshop” as it didn’t have the “chhadi ki parchhai”, the shadow of the walking stick that Gandhi is seen holding. To this, Congress social media coordinator Hasiba Amin tweeted asking the Minister to apply “basic science”. 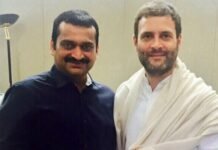 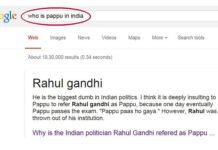 Who is Pappu in India? Google Search for PAPPU leads to Rahul Gandhi