The Ram Gopal Varma again wrote, “Me and Madhu Mantena team up for a web series ‘D Company’, a chronicle of the Mumbai underworld.” “Starting from rising of Dawood Ibrahim in the early 1980’s and initiation of ‘D Company’ — the story will be till the end of the tremendous gang wars that started post 93 blasts.”

In 2002, Ram Gopal Varma made a movie Company, starring Mohanlal, Ajay Devgn, Vivek Oberoi, Manisha Koirala, and Antara Mali, which was based on the Indian Mafia organization D Company’, said to be run by Dawood Ibrahim. The shoot of this upcoming web series will be started very soon and the filmmaker will also announce the cast in coming days. The makers have decided to call all the characters in the web series by their real names like Dawood, Abu Salem, Chhota Rajan, and Chhota Shakeel. 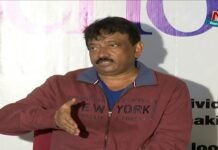