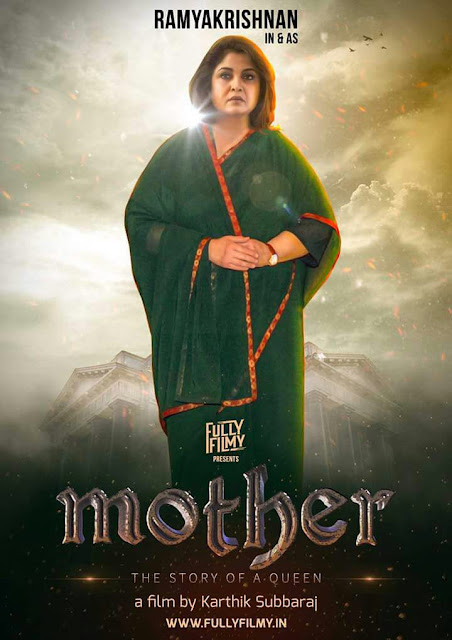 Actress Ramya Krishna who is total on form after hit of Baahubali, now rumors are heading that she will play as Amma in Jayalalitha Biopic. Demised Chief Minister of Tamil Nadu, J Jayalalithaa has got very interesting phases in her life and now, the news is doing rounds that a biopic on her life is planned. It is assumed that Ramya Krishna will be portraying the role of Jayalalithaa in this biopic and even the posters of Ramya in Jaya’s avatar are floating on social media.
Ramya Krishna played the role of a mother in Bahubali movie and now this biopic is said to be titled ‘Mother’ and it has come with a tag line ‘The Story of a Queen’. It is created by the franchise called Fully Filmy, the creator has given credit to Karthik Subbaraj as a director.Recently, Trisha has already declared that she would love to reprise the role of Amm onscreen.
RamyaKrishna, she said that she was aware of it and got the poster on her whattsApp, which was sent by her one of the friend. She also said that she wanted to portray the character of Jayalalithaa madam and it was her dream role.