Rana Daggubati who will next seen in trilingual movie Hathi Mere Sathi, which will be made in Hindi, Telugu, and Tamil. The upcoming venture will be helmed by Tamil director Prabhu Solomon. On the occasion of New Year, Rana took to Twitter to share the Haathi Mere Saathi First Look Poster and he captioned it, “Entering the new year with a great new story to tell. Introducing #Bandev from #HaathiMereSaathi #HaathiMereSaathiFL.”

The sources say that the shoot of this remake will commence in Thailand and later the makers will travel to various locations across India. The upcoming drama which will offer high doses of VFX and will be produced by Eros International’s Trinity Pictures. Though the film has the same name as the 1971 Rajesh Khanna and Tanuja starrer, it is said that Rana Daagubati’s film is not a remake but will depict a story about the bond between an elephant and the hero. 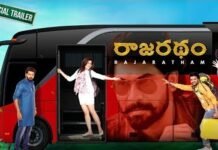 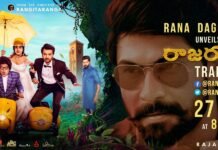