Home Entertainment Rudhramadevi Telugu Full Video Jukebox Songs HD
Rudhramadevi Video Songs: The Rudhramadevi is a 2015 Indian 3D historical fiction film based on the life of Rudhrama Devi, one of the prominent rulers of the Kakatiya dynasty.Rudhrama Devi jointly ruled over the Kakatiya kingdom with her father Ganapatideva. She valiantly fought alongside her father when the kingdom was attacked and took over the reins after him. 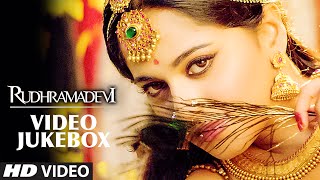