The Supreme Hero Sai Dharam Tej New Film Launched Today Directed VV Vinayak.The film is yet to be titled and is being produced by C. Kalyan under the banner C.K. Entertainments. As per inside reports, Actress Lavanya Tripathi may be hired for this film, However official confirmation yet to come on this. We have to wait few more days to get detailed information about this project. and is said to be an action entertainer.
The launch event had producer C. Kalyan, director VV Vinayak, actor Sai Dharam Tej and popular writer Paruchuri Venkateshwara Rao. The unit members later went to Mega Star Chiranjeevi to seek his blessings for the film.
Sai Dharam Tej’s upcoming film Jawaan is gearing up for release which will have Sai Dharam Tej playing a never-seen-before role.The actor seems to have gone through a make-over for Jawaan and looks stylish in the film. Written and directed by BVS Ravi, the film is being produced by Dil Raju’s close associate Krishna. Jawaan is touted to be a patriotic thriller and will have Sai Dharam Tej playing an interesting role which he has never played in his career so far. 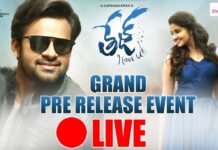 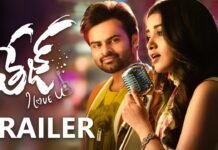