The Tollywood Upcoming romantic entertainer Sammohanam starring Sudheer Babu and Aditi Rao Hydari in lead roles. the filmmakers have been released the Sammohanam Movie Teaser and getting super talk all over the world. Aditi Rao Hydari takes the breath away with her natural charm but also looks quite glamorous in her diva avatar.

The Sammohanam Movie teaser looks quite promising with a thought-provoking debate about movies and the life of a celebrity actress. The entire feel of the film is quite appealing with breathtaking locations and lovely music by Vivek Sagar of Pelli Choopulu fame.

The film will definitely appeal to a classy audience and aims to impress them with ease.The versatile story writer and director Mohan Krishna Indraganti has directed the film. His earlier film Ami Thumi was praised for its hilarious sequences and he played with his strengths by writing a comedy of errors themed flick. 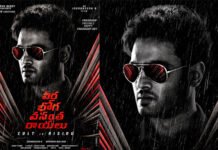 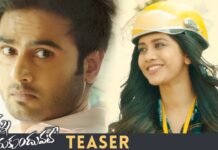 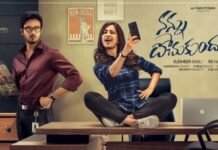