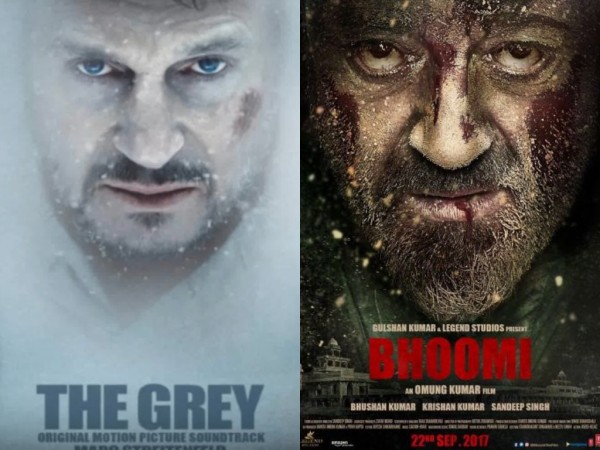 The First Look poster for Sanjay Dutt’s comeback film Bhoomi was released on June 29. And the uncanny resemblance of Bhoomi’s poster to that of Liam Neeson’s Grey has given new fodder to some people. Filmmaker Anubhav Sinha had recently come out in support of Sanjay Dutt’s movie despite having no association with the project at all.
Anubhav Sinha, who directed Mr. Dutt in the films Dus and Tathastu, has written an expletive-laced Facebook post denouncing Bollywood’s “useless pests” and “losers sitting on their [email protected]#$*s.” The poster of Bhoomi, released over the weekend on Sanjay Dutt’s birthday, features a close-up of the actor and was compared online to a similar poster of the film Grey, starring Liam Neeson.
An angry Anubhav Sinha attached other examples of posters using close-ups, including one of Tyrion Lannister from Game Of Thrones, writing that none of the material was necessarily copied from each other. To Know More Anubhav Sinha wrote, advising the critics to “start writing a movie that can be made.” You can read his post here Link.
However, this is not the first instance of a Bollywood Movies poster being an exact copy of a Hollywood movie or video game posters.