Telugu Comedian Shakalaka Shankar who was shot to fame with ETV Jabardasth Comedy Show is now turning as Hero with Shambho Shankara Movie. The makers of the film has released the Shambho Shankara Movie First Look on the eve Shivaratri. The film is going to be a serious action entertainer which is directed by Sreedar N. Sai Kartheek is scoring the music for the film while Rajasekar is handling the cinematography. Y Ramana Redyy and Suresh Kondeti are bankrolling the project under RR Pictures banner.

On this occasion, director Sridhar N said, “I am thankful to my dear friend Shankar for trusting me and my script and give me the opportunity to direct this film. Thanks to the producers Y Ramana Reddy and Suresh Kondeti for trusting both of us. My special thanks to Sai Karthik for keeping his heart and soul for giving wonderful music. In the same way, thanks to cinematographer Rajasekhar and to each and everyone in the team for giving me their support.”

SK Pictures head Suresh Kondeti said, “It’s a wonderful film being made with an amazing story. We are making ‘Shambo Shankara’ with high technical values. I am sure the film will impress all sects of the audience. We are planning to wrap up entire shooting part by the end of March and planning to release the film for this summer.”

Hero Shakalaka Shankar said, “I consider myself lucky for having been introduced as hero through ‘Shambo Shankara’. I went through several scripts and I felt that this is the perfect story to make my debut as hero. I hope Telugu audience will receive me well as a hero. I am thankful to each and every person who is working for this film.”

Updating the progress of the Shambho Shankara Movie First Look, producer Y Ramana Reddy said, “The film has completed 70% of the shooting part, a huge fight and hero introduction song. We are able to make the film as per the plan only with the support of hero Shankar, director Sridhar and another producer Y Rama Reddy.” 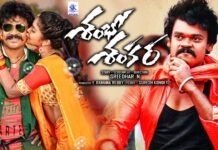 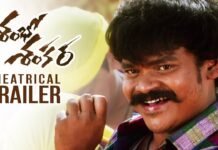 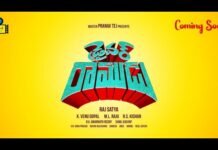