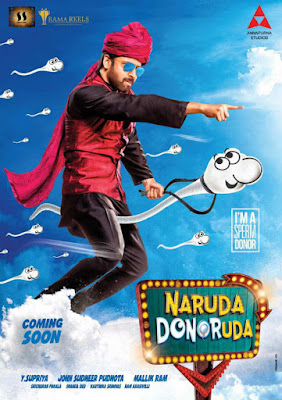 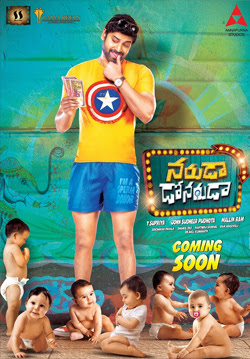 The first look of Sumanth’s Naruda Donoruda was launched by Akkineni Nagarjuna. The first look evoked immediate interest considering its unique and amusing content.The film is presented by Annapurna Studios and produced by Rama Reels and SS Creations jointly. Debutant Pallavi Subhash is getting introduced to the Telugu audience with this film while Tanikella Bharani is playing a pivotal role.

The movie is made on courageous sperm donation concept in which Sumanth will be seen ejaculating semen like a warrior for earning money. Sumanth has accepted a very bold and sensitive topic to prove his ability at the box office. Actress Pallavi Subhas is making her Telugu debut with  this upcoming movie and Tanikella Bharani is playing the crucial role. Mallik Ram is debuting as the director. Cinematographer Shaniel Deo, who earned high praise via his earlier film Kshanam worked the camera. Sricharan Pakala, also of Kshanam, composed the music.Dialogues are written by Kittu Vissapragada and Sagar Rachakonda.Producers are Y Supriya and John Sudheer Pudhota.