SouthColors
Home Entertainment Taapsee Pannu Unveiled ‘Running Shaadi.Com’ First Look Posters
Running Shaadi.Com First Look Poster: The Hot Taapsee Pannu and Amit Sadh’s forthcoming movie ‘Running Shaadi.com’ is all set to see its release this February 2017. And now that its opening date is locked, the makers are gearing up for the launch of the trailer. So while we wait for its arrival, which is going to happen anytime today, here is an engaging poster of the same. Going by the image, it aptly matches to the title of the film.

The Running Shaadi.Com poster features lead characters – Amit Sadh and Taapsee Pannu. The film is a unique, endearing romantic comedy from the heart of small-town India, which unfolds as two young boys come up with 1 big idea.Directed by Amit Roy, the film is presented by Couching Tiger Motion Pictures and Rising Sun Films. It is set to hit the screens on 3rd February 2017. 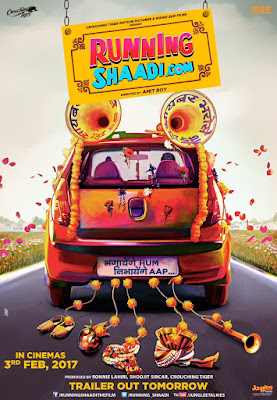 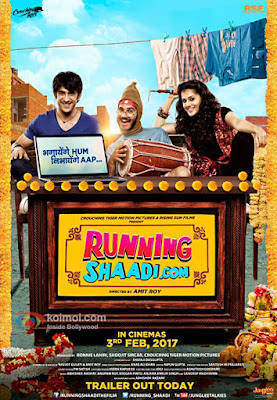