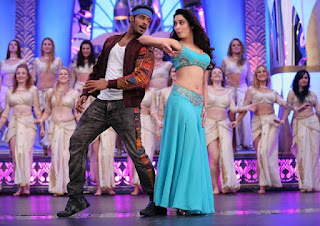 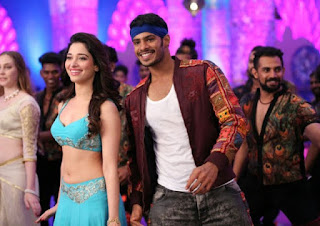 Actor Nikhil Kumar shakes a leg with Tammanaah for her song Sampige in Jaguar.The song is composed by SS.Thaman and sung by Sammera and Deepak.The shooting for the song is being held at the Ramoji Film City in Hyderabad and ShobhiPaulraj is the choreographer of the song. A special set for the song has been erected in the studio and Tamannah along with many dancers are seen in the song.
‘Jaguar‘ Movie is being shot simultaneously in Kannada and Telugu and Deepti Sati is the heroine. Jagapathi Babu, Aditya Menon, Sampath and others play prominent roles in the film. S S Thaman is the music director. The jaguar movie is is being produced by former Chief Minister H D Kumaraswamy and directed by Mahadev.