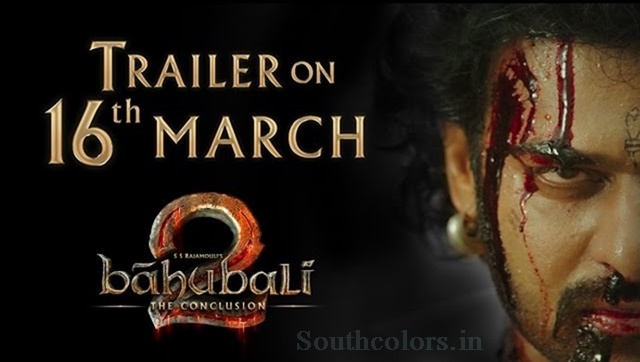 Baahubali 2 – The Conclusion Trailer: The makers have excited us so much! Yesterday when they released the poster of Baahubali 2 -Makers captioned the poster as “The Mighty Roars.” instantly our heads started working as we found hidden clues on what the story plot of the second part could be like. That’s the first thing anybody would do, actually. We found out five such instances that could be the premise of the sequel’s plot. Anyway, you can watch the trailer glimpse below.

The Dharma Productions tweeted, “A glimpse into the world of #Baahubali2, trailer out on 16th March! @karanjohar @BaahubaliMovie @ssrajamouli @Shobu_ @RanaDaggubati”. The 12-second video clip gives us a glimpse of a bleeding Baahubali, portrayed by Prabhas. Watch Baahubali 2 teaser here.