Tamil Actor Dhanush and filmmaker Vetrimaaran’s Vada Chennai Movie First look Posters was launched on Thursday, March 8. Two posters from the Tamil movie was unveiled by the actor himself on Twitter.

To speak about the Vada Chennai First Look, It features Dhanush, handcuffed, peeping out of a PCR van. You can tell by his body language that he is hailed as the local hotshot. Surrounded by his own men, Dhanush looks like the leader of a small community, who often lands in trouble for his ambitiousness.

The Vada Chennai Movie is based on the lives of a community which has been living in the same village for 35 years. Since the story spans across three decades, it will see its actors take on different looks to fit the time period they are in. 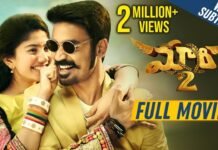