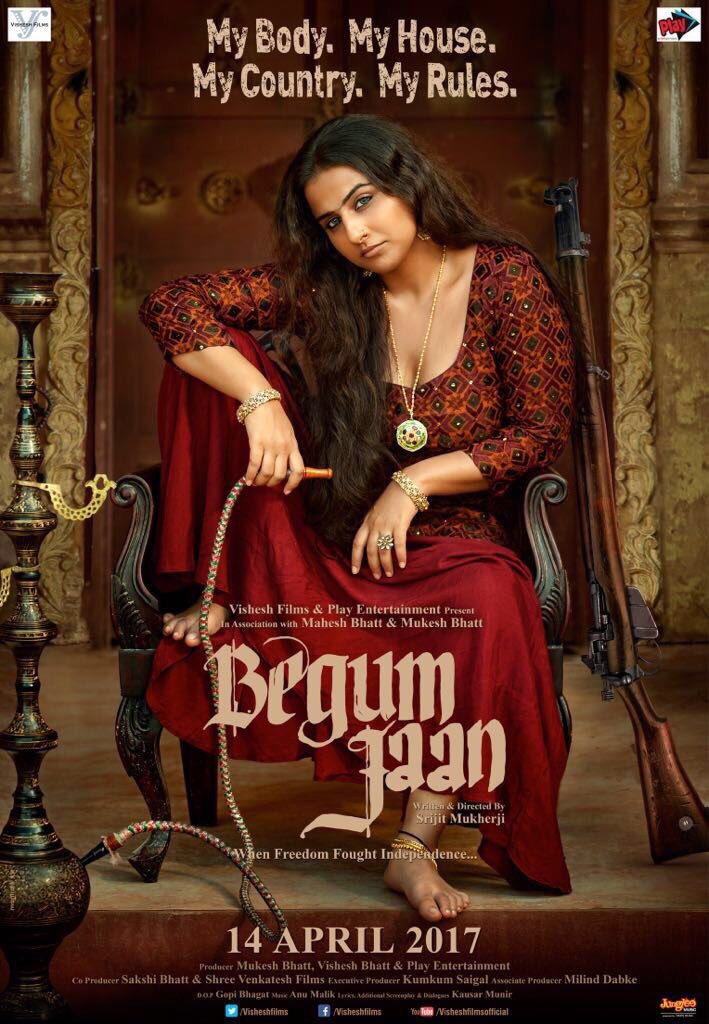 The Begum Jaan first look poster grabbed the attention of viewers.Vidya Balan will be seen sitting on the chair in a commanding position with the intense look. The poster looks with tagline, My Body, My House, My Country, My Rules”
The film set in the backdrop of late Indian Independence period 1947, Actress Vidya Balan plays the lead role of Begum Jaan.The Begum Jaan film is a story of survivors who defy nations to save their homes, riding against the tide amidst the changing political Scenario during Partition.
The film’s music is composed by Anu Malik. Produced by Mahesh Bhatt & Mukesh Bhatt under the banner Vishesh Films. The Begum Jaan Movie is directed by Bengali director Srijit Mukherji and it is an official remake of Bengali film ‘Rajkahini’.It is slated to release on 14 April 2017.