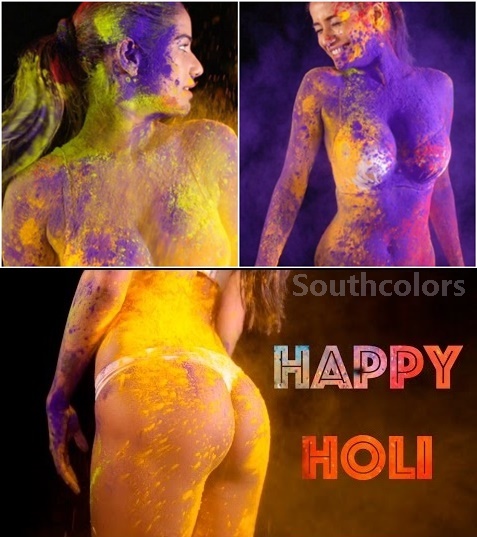 Poonam Pandey Holi Celebrations: Poonam Pandey is the most appreciative face on social media who is known for entertaining audience in her unique way.

Now Once’s Agian Poonam Pandey is back with her yet another sexy video of celebrating Colourful Holi in a bikini. This video of the actress celebrating Holi once again proves she doesn’t give a damn of anything.

Pandey Pandey recently shared a post on Instagram asking her followers if they wanted to play Holi with her saying, “Wanna play Holi with me?? Watch my video..”
The video we see Poonam Pandey wearing a white bikini with Holi colours smeared on her body. The video shows the colours being thrown on her body and then they are removed with special effects.

Get Ready for BEDTIME STORIES with Poonam Pandey