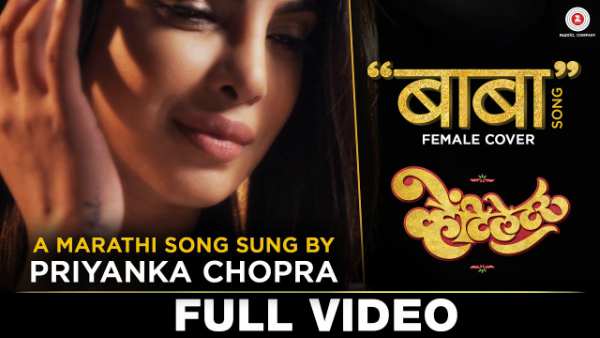 The Bollywood Actress Priyanka Chopra turns singer for her debut production venture Ventilator. The actress recently shared a promotional song on Twitter called Baba on twitter.She has given an absolutely soulful interpretation of the song, ‘Baba’ a tribute to fathers.

The actress Priyanka Chopra is seen singing the soulful song in Marathi, a first for the actress.Featuring Ashutosh Gowarikar and host of other Marathi actors, the film Ventilator focuses on a father-son relationship.The song, as well, resonates the longing of a daughter for her father. Beautifully penned by Manoj Yadav and composed by Rohan Rohan, the song has Priyanka Chopra giving a tribute of sorts to all fathers in the world. Even though the song is in Marathi, the beautiful tune and the thoughts are bound to leave you with moist eyes.
Ventilator movie starring Ashutosh Gowariker as ‘Raja’ is produced by Priyanka Chopra and Madhu Chopra. The movie that is helmed by Rajesh Mapuskar, Ventilator is scheduled to release on November 4, 2016.