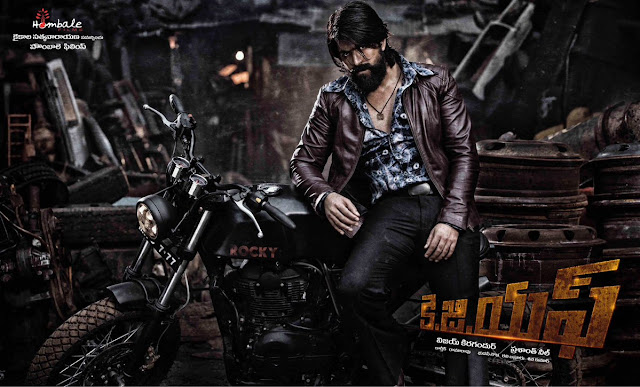 KGF Movie First Look Poster: The first look Poster of Yash’s much-awaited multilingual film KGF has been released. Yash is seen sporting a bearded-look for the flick. The Rocking Star’s new avatar has taken the fans by a storm. KGF is an out-and-out action entertainer set in the 70s.
The shoot of KGF kick-started in March and the makers are planning to release the movie in December on the occasion of Christmas. It will be released in four languages, Kannada, Tamil, Telugu, and Hindi. Srinidhi Shetty, who won Miss Supranational 2016, is playing the love interest of Yash in KGF.
Bhuvan Gowda is handling the cinematography and the film has the music by Ravi Basrur. Prashanth Neel of Ugramm fame is helming this megaphone, which is said to be the biggest-ever film made in Sandalwood in terms of budget. Vijay Kiragandur is bankrolling the film under the banner Hombale films.