Aadu 2 is the sequel to Jaysurya-Mithun Manuel movie Aadu Oru Bheekara Jeevi Alla, is one of the most talked about film of the recent time. The Aadu 2 movie which features all most all the characters from its prequel including Jayasurya Shaji Pappan and Vijay Babu’s Sarbath Shameer, was received well at the theatres and so was a deleted scene from the movie released online by the makers. Now another Aadu 2 Movie Deleted scenes featuring Sudhi Koppa’s Kanjavu Soman and Bijukuttan’s Battery Simon are out. Watch it here. 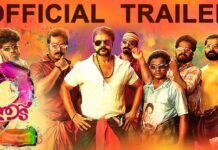