Watch Aadu 2 Movie Official Trailer starring Jayasurya, Saiju Kurup, Vinayakan, Vijay Babu and more has just hit screens. It shows what’s it that the beloved Shajiettan is after, this time. The film is the sequel of ‘Aadu Oru Bheekarajeeviyanu,’ the director’s debut film. ‘Aadu 2’ song Changathi Nannayal had recently made waves in the online space.

Shaan Rahman‘s music and background scores are one of the highlights of the first part of the comedy entertainer as all the characters are introduced with unique BGM in the film. Aadu 2 is also expected to impress the audience and the movie has been slated to hit the theatres as a Christmas release on December 22. 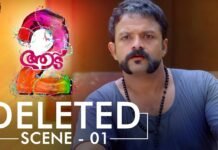