The Oscar-winning A.R. Rahman, on the occasion of World Poetry Day on Wednesday, AR Rahman launched lyricist Irshad Kamil’s INK Band music series, via which eight music videos consisting of the writer’s non-film songs will be released. Irshad Kamil, who has penned songs like “Matargashti”, “Agar Tum Saath ho” and “Aaj din chadeya”, has carved a niche for his kind of film lyrics — poetic, melodic and yet conversational.

His brand of poetry is carried forward with The INK Band music series, which performs verses recited by Kamil interspersed with singing, and music, making for unusual but easy listening. Having performed at events and live gigs since 2015, and has garnered a tremendously positive response, The INK Band will now release eight music videos consisting of the writer’s non-film songs. This collective will form Season 1 and subsequent seasons will follow.

The first video “Vo Ladki” was launched digitally by Rahman. “What will life be without poetry…What will Hindi film industry be without Irshad Kamil… Some of the songs he has written have become iconic in people’s hearts. I wish him the very best for his new venture, sharing his gift of imagination with all of us,” Rahman said in a statement.

On this collection, Kamil said: “The INK Band reflects simple, conversational songs and poems with music. We have built an easy connect with young listeners and poetry aficionados across all age groups because what we do makes for easy listening, much like in a college jam session. “We will focus on my non-film poetry to offer something fresh to our audience. Starting off on World Poetry Day is our tribute to this art of weaving words.”

Each of these songs will also be available for radio listeners on Fever 104 and My FM in a weekly programme called “Cafe Irshad: ft. the INK Band”. It will later be available for download on digital music stores also. Apart from Kamil, members of The INK Band include Prajakta Shukre, Agnel Roman, Ragini Shankar, Shridhar Nagraj, Ankush Boradkar and Deepanshu Pandit. 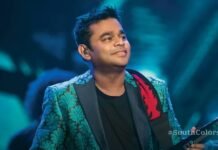