A Mumbai-based model and actress Avantika Gaokar Nude Photos leaked online. The young model accused a man, who claimed to be a director, of leaking her nude photos on the internet. Avantika Gaokar said that she was working with him on a web series for Netflix, for which she had shot some nude photos. Avantika Gaokar confirmed the news, adding that she will soon take legal action against the director as well as Netflix.

“Yes, it’s true. My nude pictures have been leaked Online by a person who claimed to be a Hollywood director and was working on a web series for Netflix. This is very unprofessional. I am going to sue Netflix,” she told International Business Times India. Avantika also said that the director pleaded innocent, but she will take action after coming back to Mumbai from her Lucknow shoot.

“The director says he doesn’t know how it happened. He says he deleted the pictures from his phone 3-4 days after they were sent. I saw them on some website about a week ago. I am right now in Lucknow shooting for a Bollywood film. I will be back in Mumbai next weekend, and will take action after that,” she concluded. 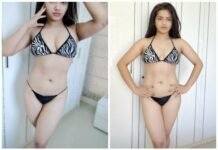