The list of honours and accolades for Baahubali 2 – The Conclusion is growing as big as its box office collection. From winning awards to getting listed on reputed websites, the film has innumerable achievements to its credit. Now, the SS Rajamouli creation has added one more feather to its cap. The magnum opus has found a place in Wikipedia‘s annual Top 50 Report – 2017, which is an achievement for Indian cinema. Baahubali 2 has been ranked the 11th-most-viewed topic.

S Rajamouli’s Baahubali 2 garnered 14,607,282 views and is the only film from India to make it to the list. However, there are topics like List of Bollywood films of 2017 (7th), List of highest-grossing Indian films (14th) and India (28th) related to the country in the list. 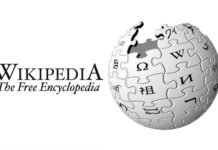 Wikipedia Announced Most Viewed Pages of 2017