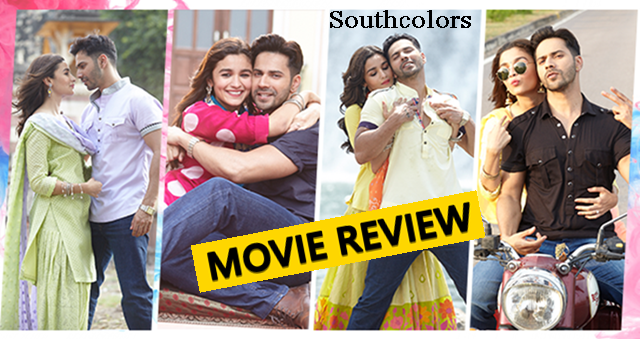 The Badrinath Ki Dulhania story revolves around a guy named Badri(Varun Dhawan) who falls in love with a girl named Vaidehi(Alia Bhatt). Badri falls in love with Vaidehi where he meets her at the wedding. Badri belongs to a rich family in Jhansi and proposes Vaidehi but she turns down the proposal. He doesn’t take that rejection instead keep her busy in his thoughts.
The Badrinath Ki Dulhania first half of the movie go well with a brisk pace, but in the second half it deals with the story of Vaidehi who wants to become an air hostess. The challenges she face and what it takes for a lady to become air hostess can be seen in this movie. The second half gives you an idea how air hostess training will be and what are the difficulties that will be faced.

The Film which is tied with a comic version of romantic chemistry. The director dealt some of the sensitive issues of a typical Indian wedding with ease. Some of the scenes were not needed in the film but the directorial cut made it final. The Badrinath Ki Dulhania film depends on the two characters and made it look the same. Never missed any typical things which can stray the story. However, it’s the chemistry between the lead pair is what keeps you hooked to this romance will make it an enjoyable affair.

Furthermore, the soundtrack compliments the proceedings delightfully. ‘Title Track’ is hugely popular, while ‘Tamma Tamma ‘ has caught on big time too. The Cinematography is Eye Catching. Editing is Sharp & Crispy. Production Designing is Classy.

Verdict: On the whole, BADRINATH KI DULHANIA Film is a beautifully love story that wins you over Hearts. There’s no stopping this one from hitting the bull’s eye.Alia Bhatt and Varun Dhawan’s chemistry is TERRIFIC. Book Badrinath Ki Dulhania Movie Tickets Online.