Game of Thrones Receive Special BAFTA Award: “Game of Thrones” will be given the BAFTA Special Award at this years British Academy Television Craft Awards. Actors Hannah Murray and John Bradley from the hit series will receive the award on behalf of the team, reports variety.com. The accolade is recognition of the boundaries that have been pushed across all areas of production in the making of the fantasy epic. Filming is underway on the eighth and final six-episode season of “Game of Thrones”, which will air in 2019.

The award also recognizes the support that “Game of Thrones” has provided for high-end TV production in the British, according to BAFTA officials. The show has filmed across various locations in Northern Ireland and set up a production headquarters at Titanic Studios in Belfast, the Northern Irish capital, which has been a base for the series since the pilot.

D.B. Weiss and David Benioff, executive producers, jointly said in a statement: “Many, many people work insanely hard to create any film or television show. They are creators every bit as much as actors, writers, producers or directors, and deserve to be recognized as such.”

“The craft behind what is one of the most popular dramas of our time is nothing short of incredible, from the breathtaking location shots to the intricately designed costumes and set pieces, and not forgetting the level of detail from the make-up and prosthetics team, to name a few,” added Krishnendu Majumdar, chair of BAFTA‘s television committee. BAFTA Craft Awards will take place here on April 22. 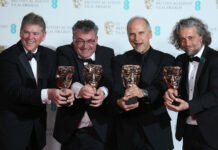 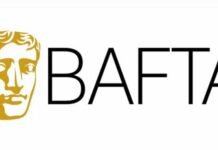