The Much awaited Mohan Babu 42 Gayatri Movie Theatrical Trailer has been released by the filmmakers here on today and getting a super response from the fans. The Film was directed by Madan. The Film Featuring Manchu Vishnu and Shriya Saran in the lead roles. It was Produced under the Sree Lakshmi Prasanna Pictures banner Gayatri would mark Mohan Babu’s comeback into the Telugu Film industry.

The Gayatri Theatrical Trailer is out now! The makers also launched the audio album along with this much-awaited trailer. Gayatri Telugu Movie is all set to hit the big screens on the 9th of February 2018. 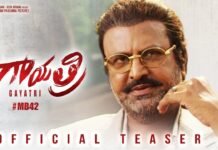 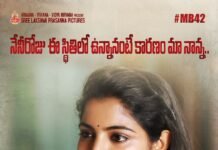 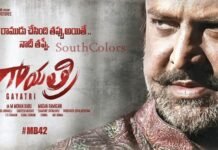