Tamil Actress Nikhila Vimal who made her Telugu debut with Allari Naresh starrer Meda Meeda Abbayi in 2017, is currently busy in her next upcoming Telugu film ‘Gayatri’. Today the makers have unveiled the Nikhila Vimal first look poster from Gayatri Movie. Directed by Madhan, Mohan Babu is playing the lead role and will make his screen presence in dual avatar- hero, and villain both.

Vishnu Manchu will be appearing in a powerful role whereas Actress Shriya Saran will be seen as a female lead opposite to Manchu Vishnu. Star comedian Brahmanandam and Jabardasth Anchor tuned actress Anasuya Bharadwaj will also be seen in other significant in the film, which is being produced by Mohan Babu himself under the banner of, Sree Lakshmi Prasanna Pictures and presented by Ariaana, Viviana, and Vidya Nirvana. SS Thaman is rendering the tune. 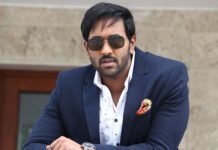 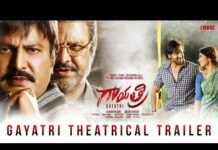 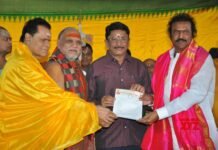